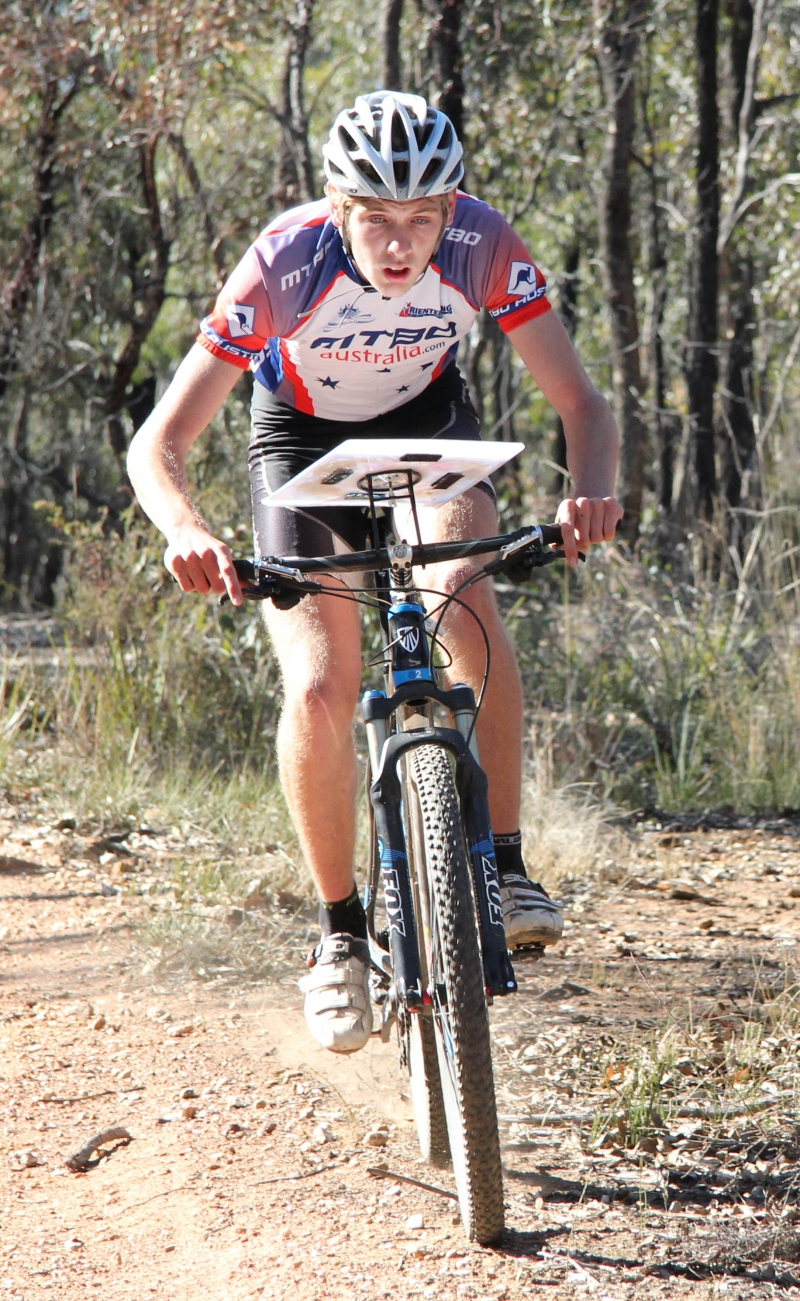 In the 3.6km Sprint race, he had a 4 minute margin to Paulo who was placed second while in the13km Middle Distance race his margin extended to 9 minutes ahead of second placegetter, Karl, with Paulo a further 6 minutes behind. Chris won the 29km Long course in a time of 83:12 mins, establishing an 18 minute margin over Karl while Paulo was placed 4th in 128:06 mins.

Of the 23 Queensland riders who made the trip south (the best representation to date at a national championships by local MTBO'ers), there were also a number of good performances in the other age classes. Ben Hiley (RR) gained a second placing in the Sprint in the M40 class with Craig Holland (MT) coming second. Craig Steffens (MT) was placed second in this class in the Middle Distance race, with Ben third.

Gabrielle Withers (EN) was the only competitor in her W14 age class but put in some very good performances in comparison to other age groups riding on the same course. Tamsin Barnes (RR) won her W40 Middle Distance race and gained a third placing (only 48 secs behind the winner) in the Long Distance event. Debbie Gordon (SO) won the W50 class in the Long Distance race.

Queensland will be hosting the 2013 Australian MTBO Championships near Gympie on 28 and 29 July so we look forward to an ever better participation from our local riders in this premier national event next year.